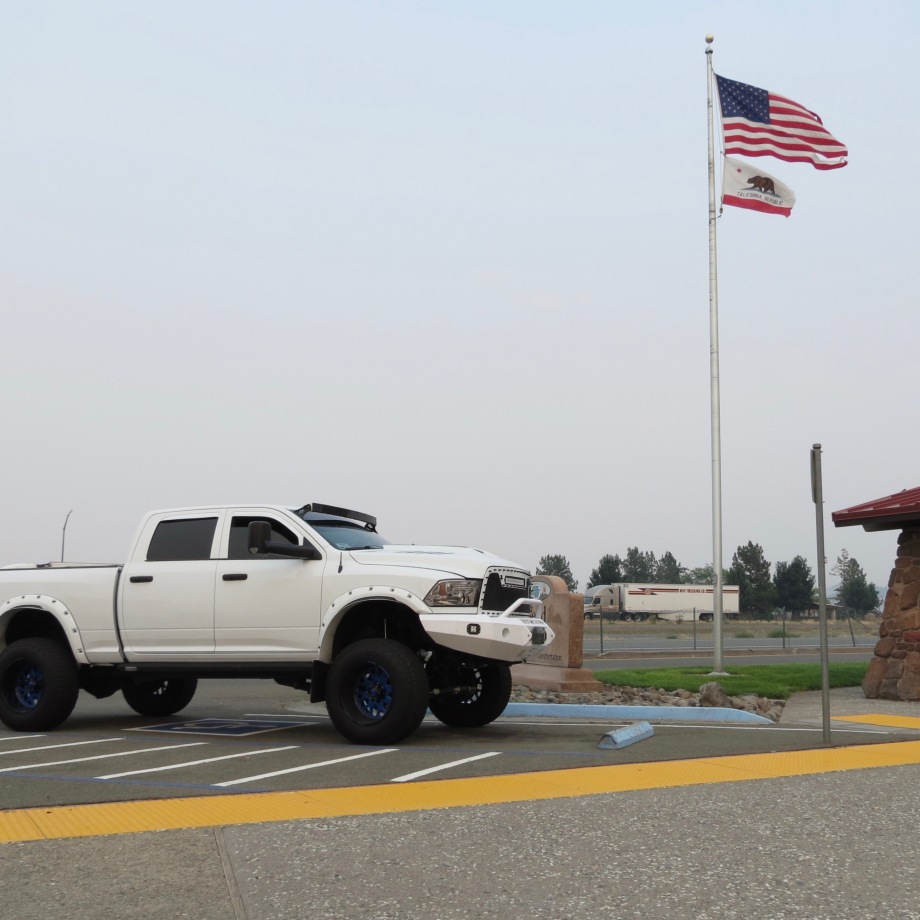 The irony isn’t lost on me that this truck is decorated with a thin red line flag, which are apparently flags meant as tributes to firefighters. The transportation sector generates the largest share of greenhouse gas emissions of any sector in the U.S., and the U.S. is responsible for more greenhouse gas emissions than any other country. Fossil fuel use accounts for the majority of that. This article says, “Cars are becoming more efficient under aggressive pollution rules passed under President Barack Obama, but that’s so far been offset by an ever-rising American appetite for SUVs, crossovers and pickup trucks.”

Many European cities are going car-free—some by THIS YEAR! Some beautiful cities always have been car-free.

This site uses Akismet to reduce spam. Learn how your comment data is processed.